Often hailed as the lifeblood of the UK economy, it is no secret that the transport and logistics sector has played a vital role during the Covid-19 pandemic.

By ensuring that essential goods have continued to move freely throughout the country, British transport companies have played a key part in keeping the UK economy afloat during one of the most significant events in a generation.

With lockdown still enforced, despite the relaxation of some governmental restrictions, the transport and logistics sector has been quietly keeping the UK economy moving during a period where the demand for goods has spiked on an unparalleled scale.

Cambridgeshire-based Knowles Transport, which has been operating since 1932, is a good example of a transport 3PL which has gone above and beyond the norm to ensure the flow of essential goods within the UK.

Specialising in moving ambient foods, Knowles has certainly pulled out the stops and risen to the coronavirus challenge in recent months after several of the nation’s leading supermarket names experienced unprecedented sales hikes during the peak of the UK’s panic buying period in March and April.

Alex Knowles, Managing Director of Knowles Transport has revealed that volumes had spiked at around 30 per cent higher in March/April when compared to the previous year.

Alex commented: “The sheer volumes that came in throughout March and April were unprecedented for that time of year. Even compared to the Christmas period where the influx of orders has traditionally been high, the recent prolonged demand for essential goods has put a considerable amount of pressure on the business.

“This was primarily down to panic buying and stockpiling during the initial stages of the crisis. Sought after foods such as tuna, pasta, flour and sugar were being bought in bulk on a significant scale and as such that inevitably applied an unprecedented amount of pressure on the industry as a whole.

“At Knowles we were well prepared through having a flexible operating model allowing us to quickly scale up driver and vehicle resources in the event of a demand surplus which allowed us to weather the storm. There were constraints in warehousing capacity but this also has normalised in recent weeks.

“The current pandemic has certainly highlighted the importance of the transport and logistics industry to the global economy. I believe the general public now recognises that transport is a key industry. As a sector we can benefit from this and use our image to our advantage and try to attract some younger drivers into the industry.

“We have even had some of our drivers, who were off duty but still in uniform, approached by the public and thanked for what they have been doing.

“Logistics has a hand in most if not every item used throughout the UK, from the food we eat to the medical supplies that are so desperately needed in tackling this dreadful virus from the front line – and you have to praise the efforts of everyone in the industry over the course of the pandemic as their service has kept the country moving.”

The logistics industry’s vulnerability to the virus has proved more severe than appearances may suggest. With government guidelines enforcing social distancing and nationwide lockdowns to help halt the spread, supply chains have been hampered on an unprecedented scale.

This has been highlighted by the Road Haulage Association (RHA) who expressed concerns that thousands of hauliers are at risk of going bust without governmental support.

But despite being faced with an uncertain future, the industry has been resilient in the face of adversity during the crisis period by doing its upmost to maintain the flow of goods throughout the country.

“Like countless other industries British transport and warehousing companies have not been exempt from the impact of Covid-19. Lockdowns, social distancing, staff shortages have all had an adverse effect on the industry’s ability to operate and this is echoed within the sector’s customer base.”

Alex continued: “Transport companies have been a vital part of the battle against the pandemic. Companies within the industry are playing key roles in fighting back at Covid-19’s effects by delivering vital medical supplies and medical equipment to the frontline, ensuring Britain’s supermarkets remained stocked and even providing support where needed to the Nightingale Hospitals.

“Supply chain workers have certainly been the hidden ‘white knights’ in recent months and it is imperative that government provides the necessary support to ensure that the British transport industry is safeguarded in future.” 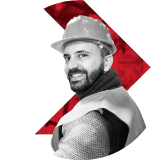